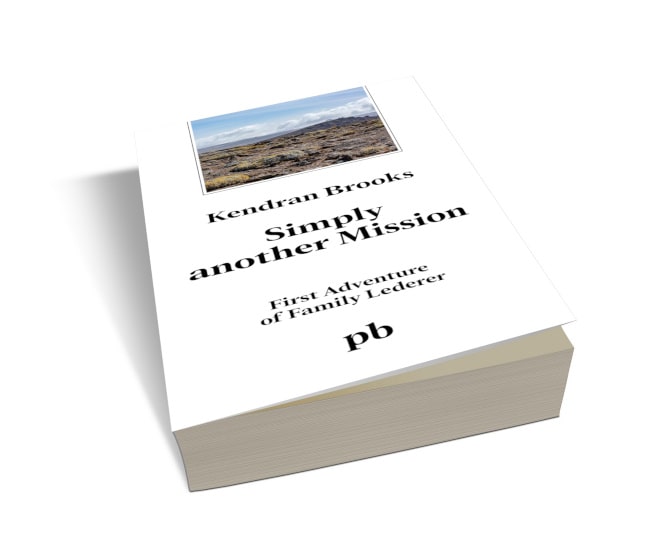 Moscow forth and back
Second Adventure of Family Lederer 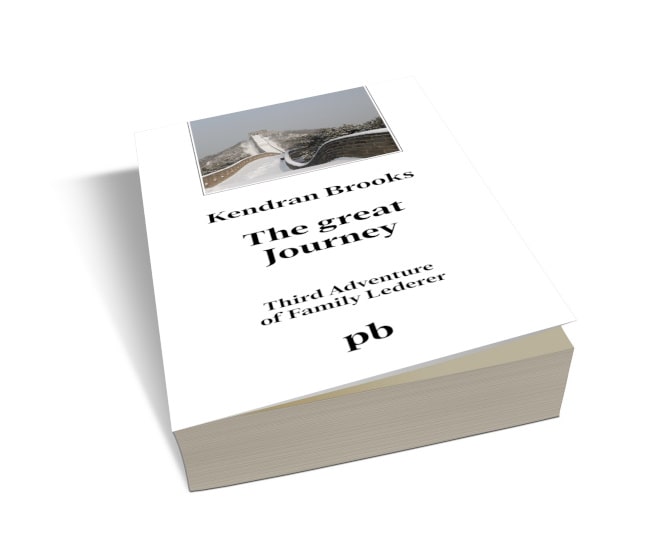 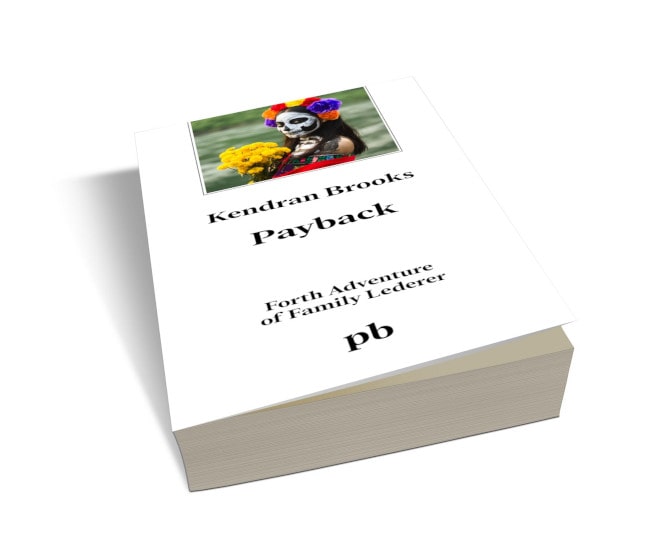 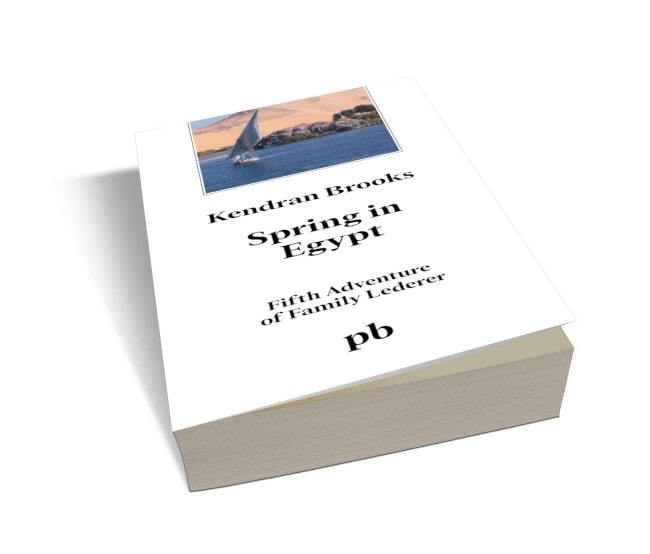 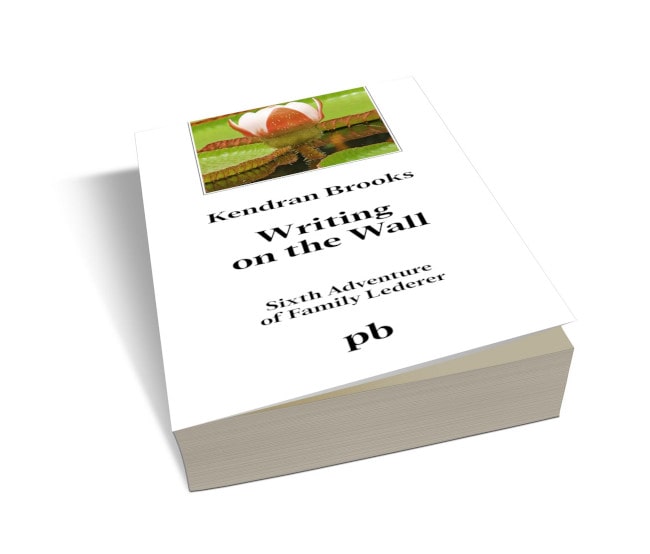 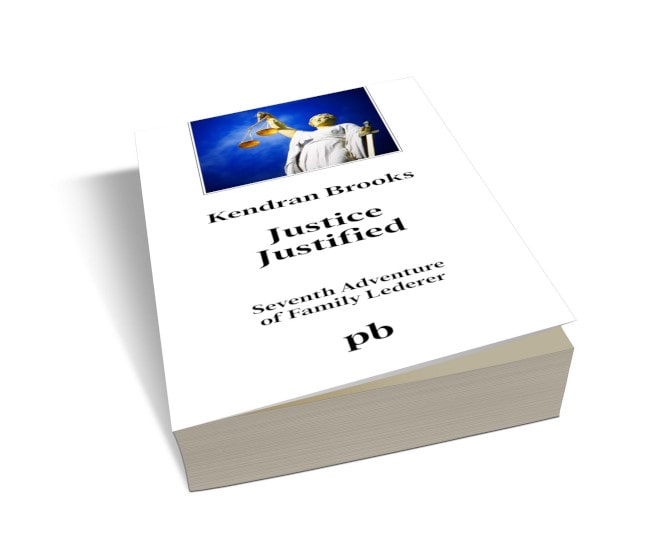 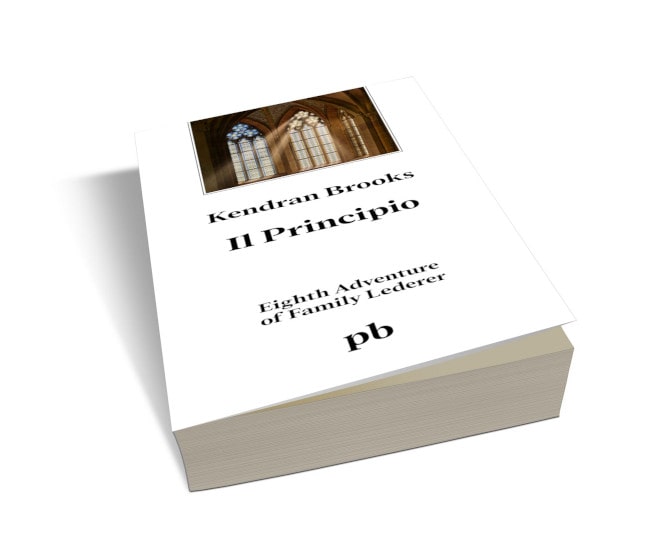 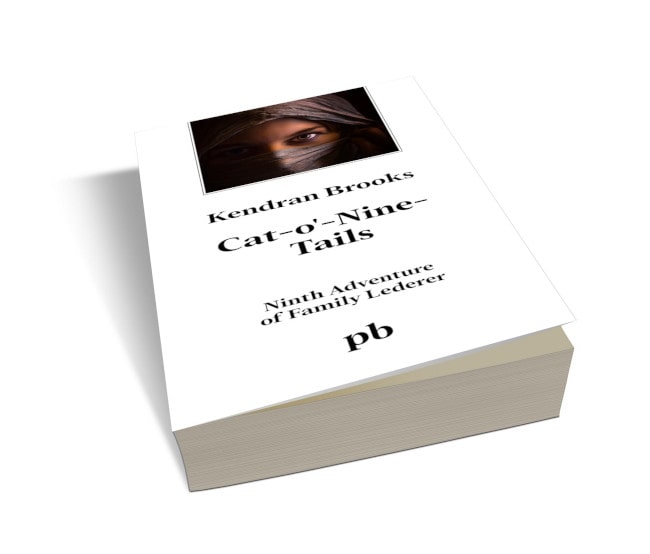 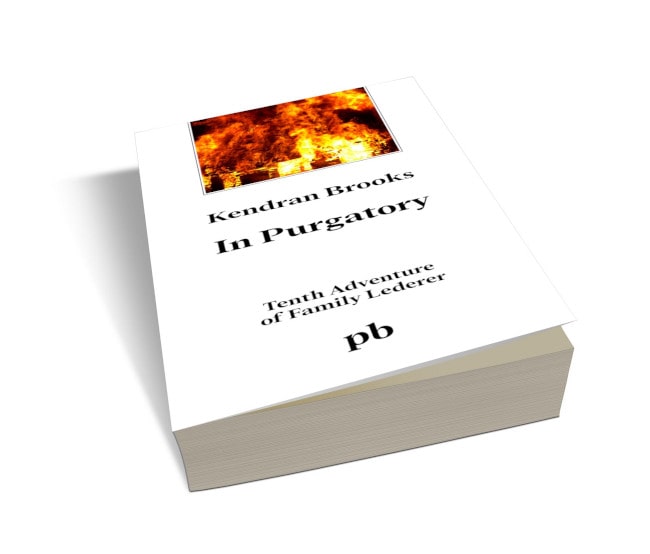 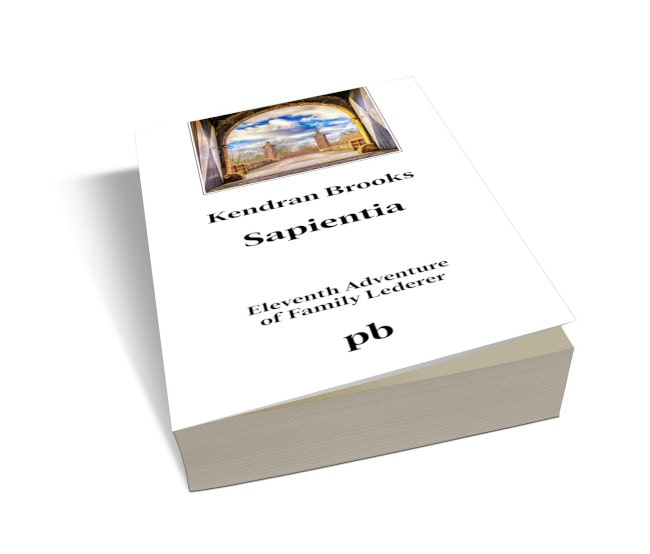 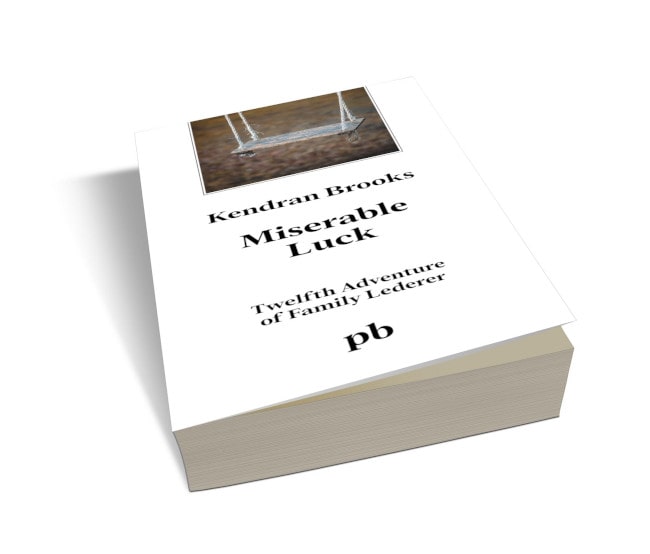 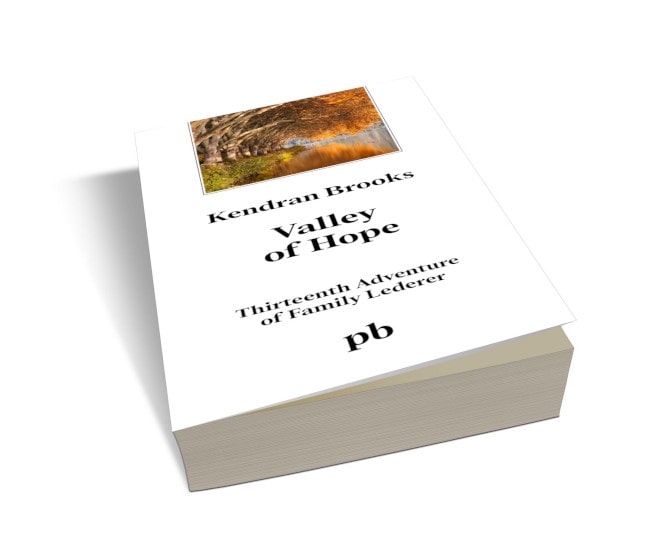 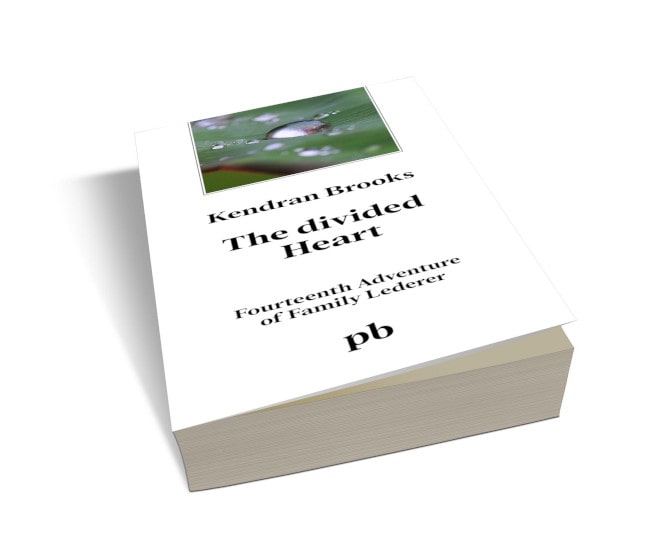 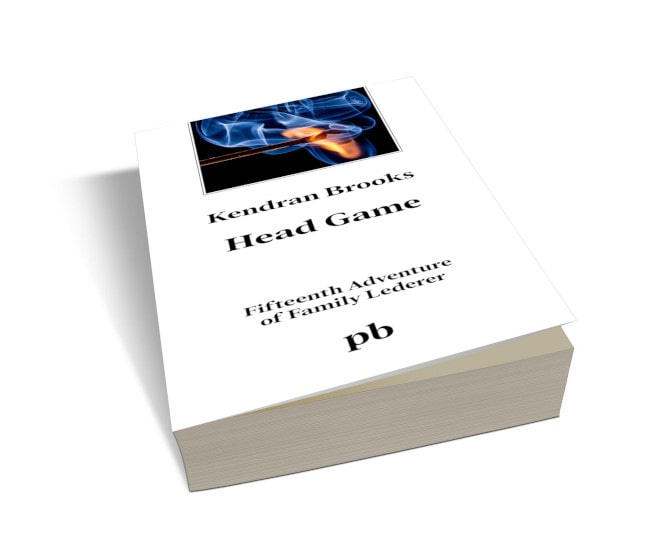 You can get the eBooks where you buy your other books. Printed paperbacks you can only buy from Amazon (BOD) for example

The Hitchhiker's Guide to the Mankind 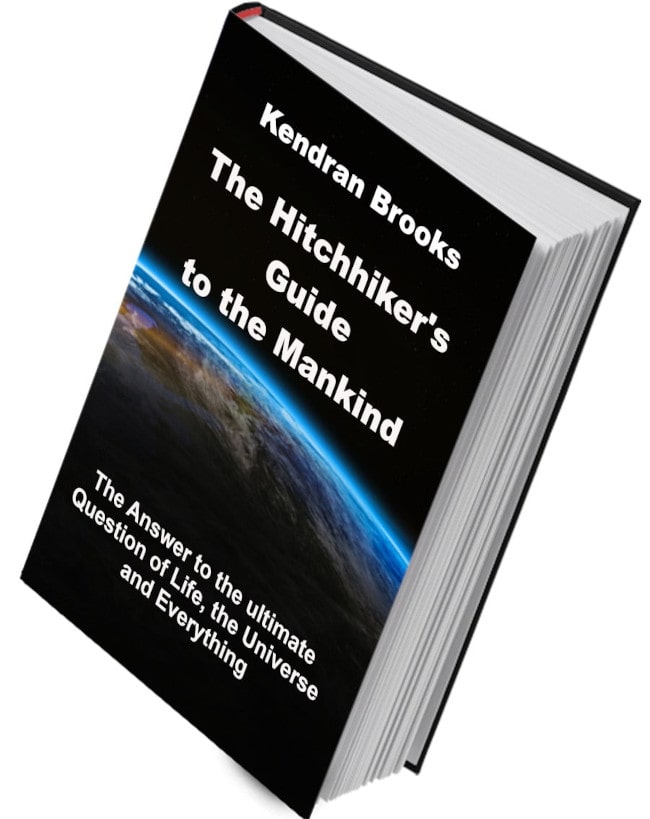 and a unique travel guide through humanity

Please visit our "Hitchhiker's" project on

The novels must be exciting and touch the heart. There should be violence and eroticism. The stories should remain probable and fit into world events. As colourful as life and as dreary as war, these are stories after my own heart.

A good story is not only about fates and events. It should also show dependencies and lead to new insights. Reading educates. This must also be true for thrillingly narrated novels.

Last but not least, I want to be able to like the people who appear in my stories, to hope and fear, cry and laugh with them.

I am only too happy to insert actualities into my stories, to link realities with fictions and thus create new realities that always remain possible, even if they are unlikely to be true.

Each novel deals with a factual topic. I write an essay on the subject matter, which I call a "song", even though its content does not rhyme and has nothing to do with Solomon's "Song of Songs" from the Old Testament. The "songs" contain my personal views, are intended to provide new perspectives and stimulate the reader to think for himself. The essay is appended to each novel as a final chapter.

Dozens of American sitcoms can't be wrong: the family is the ideal place for serial stories. In my first novel, three individuals come together to form a patchwork family, which my protagonists lovingly refer to as a "patchwork quilt". Jules Lederer is an American-Swiss dual citizen. He does tricky jobs for well-heeled clients. In his first adventure, he meets and falls in love with the Ethiopian Alabima Effredi. The two start a family, adopt the 15-year-old Filipino orphan boy Chufu, and have their daughter Alina after a year. This is how our journey with the Lederers begins.

Joy and tragedy cannot be missing in the stories about the Lederer family, because every relationship is subject to constant ups and downs, suffers from habituation, is put to the test again and again from the outside as well as from within. And so we accompany the Lederers and their circle of friends on their not entirely easy journey through life from novel to novel.

Yes, because this male first name doesn't actually exist. I derived it from the female Kendra, which means the prophetess (Celtic), the wise woman (Old English) or the royal leader (Scottish).

My own name reads badly on book spines. (laughs) First and foremost, I want to be able to write without outside influence and in peace, I like to do without shitstorms from people who feel that certain episodes or fictions have stepped on their very personal toes.

Where do you prefer to write?

Novels at motorway service areas and in fast-food restaurants, short stories during flights or on park benches. I need a certain restlessness to be able to concentrate fully. At home I do little work, research on the internet and in encyclopaedias for my novels, read background material. At my desk at home, I take care of business correspondence and fill out my tax return. That doesn't take much brain power.

How do you come up with your stories?

Like the virgin to the child, namely with little planning and little input of your own. There is so much happening in the world all the time that you basically just have to grab it. Then there's my need to analyse in more depth the issues that are on my mind at the moment and to work them into the next adventure.

Do you plan the novels far in advance?

No. And also a little bit yes. Because when I wrote Justice justified on the factual theme of "state", it was already clear to me that I would take up the themes of religion and culture in the follow-up novels. And after a good twelve novels, I suddenly saw the further path of non-fiction themes to the sixteenth novel ahead of me. But I don't tackle each new narrative until the last one is finished. It would be anathema to me to write down novel ideas or ideas for scenes on slips of paper or even to keep lists of them in order to pick them up and implement them at the "right" moment.

How should one imagine the creation of a new novel?

When the previous novel is in proofreading and is read through two or three more times and provided with minor/major adjustments, then I have enough space in my head again to take care of the subject matter of the next novel. Once this has been decided, I usually think of the story I want to tell, at least in outline, within a few minutes and create a chapter outline with key words. I usually start writing the pre-story after that, trying to do nothing with it but create atmosphere for the actual story. Next, I deal with the essay on the subject matter, write a first version, which is usually still quite incomplete. Then the chapters are worked through one by one, with many changes, shifts, additions arising from the flow of writing. The song grows in step with the novel text, so they cross-fertilise each other. When novel and song are finished, the proofreading runs follow until both are coherent for me.

Then you know from the beginning how the novels end?

No, that would be more than boring and for me the wrong way. Even if I have created a chapter structure at the beginning: when I get in the car in the morning and drive somewhere and start writing, I very rarely know how the story will continue until I open the laptop. I prefer to let myself be guided by the flow of the story and surprised by spontaneous ideas, and actually just write down the images that arise in my head at that moment. Must be a strangely funny sight, reading all the events in the novels off my face while writing. (laughs)

How much do you write every day?

I'm a lazy dog. Or completely untalented as a scribbler. Because I usually go out of the house to write once or twice from Monday to Saturday, i.e. in the morning and in the afternoon, return after a good two hours each time, write four to ten pages of the novel in one such session. So I need two to three months for the first draft of a new story with an essay. Then comes the proofreading period, which lasts three to six months, the most boring and exhausting time of the year.

Your novels are only published as eBooks?

I don't like looking for a publisher. But, thanks Amazon readers can buy the novels as printed paperback too.

How many more novels are planned?

When I started writing long stories, I only thought of one novel. But later I kept finding non-fiction topics that I wanted to deal with more closely. So the Lederer family really grew on me. In short. My journey with Jules and Alabima may go on for a long time. An end is not yet in sight.

Let's Get In Touch!

A suggestion, a criticism oder a comment? Excellent! Please send me your feedback by eMail. I will answer as soon as possible.